"It's hard not to be impressed by the artistry of the arrangements throughout Vingefang's latest album " Tidens Ekko". Overall, it's a superbly crafted and creative selection of songs, that somehow remains unmistakably Nordic."   - Songlines, (UK)

Lene Høst and Miriam Ariana are two folk musicians with roots in Scandinavia.

They have travelled and lived in France, Brazil, Sweden and Tanzania, where they have absorbed the different styles of music and cultures of these countries. They met at the Academy of Music and Dramatic Arts in Odense, where both studied folk music. Here they discovered a common passion for the interface between music and dance which represents a universal language that has the capacity to unite people across cultures.

With two voices, a violin, piano, and guitar, Lene and Miriam have created a repertoire consisting of cool Scandinavian tones, evocative French ballads and Brazilian rhythms. Since 2018 the cellist and singer, Maja Freese, has been the third member of Vingefang, and currently the band performs both as duo and trio. 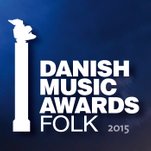 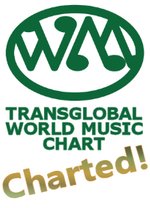